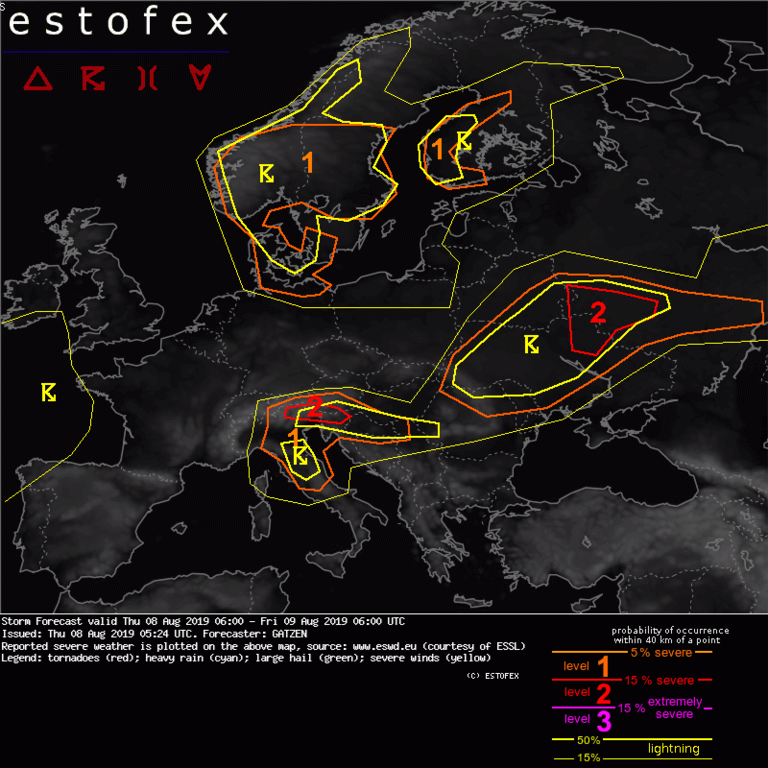 A level 2 was issued for the south-eastern Alps mainly for large or very large hail and to a lesser extent severe wind gusts.

With the progressing trough, cool mid levels will develop across the northern Mediterranean. Latest models indicate CAPE in the range of 1500 J/kg and also quite large CAPE in the hail growth zone. Despite limited vertical wind shear that is between 10 and 15 m/s and straight line hodographs, some storms may organize. The potential for supercells is highest near the southern Alps where locally higher deep layer shear is expected. Main threat is large or even very large hail. We issued a level 2 in the area of highest potential for large hail. Additionally, slow moving storms can produce excessive rain. Severe wind gusts are also not ruled out. Storms will slowly decay in the evening. 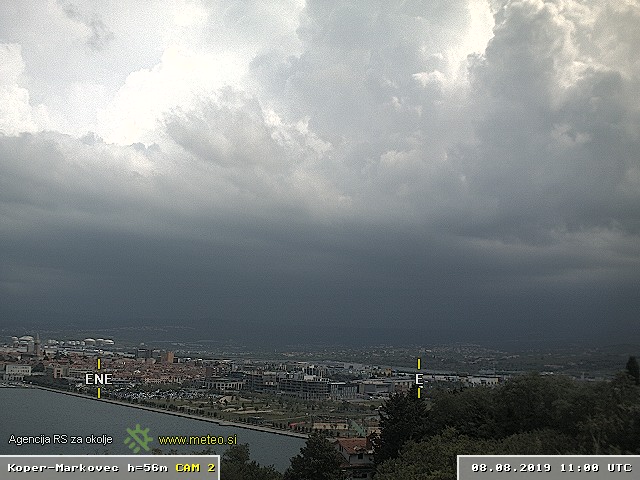